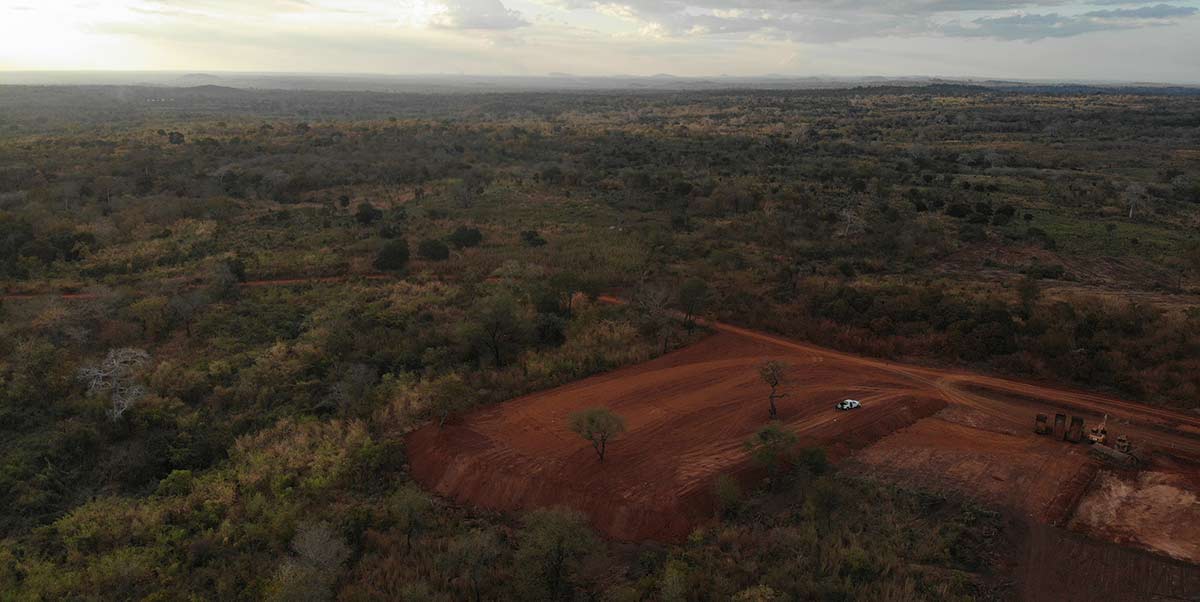 Walkabout Resources Ltd (ASX:WKT) (FRA:N6D) is keen to push ahead with its flagship Lindi Jumbo Project in Tanzania amid increasing demand for graphite from clean and green tech applications and is hoping to start production this year.

“We believe the renewed attention on battery minerals will provide the stimulus to bring Lindi into production at just the right time,” said managing director Allan Mulligan.

The company said progress was being made on a conditional US$25 million debt facility from the African Export-Import Bank and that it was looking for additional financing.

“We are seeking debt funding from African banks to fund the project,” Mulligan added.

While the slow pace of funding is frustrating for the Australian-listed company, it expects to be able to move quickly once the process is complete and has previously highlighted a very short development timeframe of seven months from the receipt of financing.

The graphite project in southeast Tanzania has a JORC-compliant proven and probable ore reserve of 5.5 million tonnes at a grade of 17.9%, the highest ore reserve grade of any graphite development project in Africa, with the ore reserve based only on 37% of the measured and indicated portion of the mineral resource estimate.

A definitive feasibility study (DFS) was based on annual production of 40,000 tonnes of graphite concentrate with a high-grade feed to the plant at an average of 230,000 tonnes per annum over the mine’s 24-year lifespan.

The very high grade and exceptional distribution of large graphite flakes within the project area provide a strong competitive advantage in capital and operating cost. The project has been independently verified by Benchmark Minerals Intelligence as the world’s second-highest margin graphite project in development.

Graphite been declared a critical metal in the US and Europe as demand has grown whilst supply from China, the world’s largest producer, has been uncertain.

Lithium-ion batteries consume about a quarter of graphite production and growth in hybrid and all-electric vehicles and off-grid storage have continued to boost demand. Graphite output will need to jump by almost 500% by 2050 to meet this demand, according to a World Bank report last May.

Mulligan said the outlook for graphite and lithium – Walkabout also has a lithium project in Namibia – was excellent.

“These minerals will be in short supply for some time. The robust battery minerals market will draw graphite away from other uses and increase general demand.”

Metallurgical results indicated that about three-quarters of the flake distribution in concentrate at Lindi Jumbo were in the ‘Super Jumbo’, ‘Jumbo’ or ‘Large’ size categories which sell at a premium.

The company is fast-tracking the project’s development to capitalise on the predicted high demand for premium flake concentrate.

It plans to sell its larger flake graphite predominantly into the traditional and more specialised non-anode markets, which are also expanding. Benchmark Mineral Intelligence sees non-anode natural flake graphite demand growing about 14% between 2025 and 2035.

Walkabout took Lindi Jumbo from discovery in October 2015 to completion of a DFS within 16 months and has been granted a mining lease over the deposit. The licences are within the highly prospective Mozambique belt, a region that hosts some of the world’s highest grade, coarse flake graphite deposits.

The company has two projects in Tanzania and does not expect any impact from the death of the country’s president, John Magufuli, last week.

“We expect no changes within the next five years. We have a very strong relationship with the Tanzanian Government and receive a lot of support from the Ministry of Mines,” said Mulligan, adding that last week’s events were tragic and that the people would take a while to adjust.

Walkabout’s other interest in Tanzania is the Amani Gold Project.

The company is planning advanced field exploration and a subsequent drilling program at Amani for the 2021 financial year.

The Amani Gold Project could be the company’s next focus as could ongoing exploration in Scotland, said Mulligan. “Of course, there is also the downstream product beneficiation for graphite and we have been doing quite a bit of work for that,” he said.

The COVID-19 pandemic curtailed work in Northern Ireland and Scotland where Walkabout is exploring for gold and base metals, but government-imposed lockdowns are now easing.

“We would hope to commence a first pass drilling program in Scotland before mid-year. All approvals have been secured,” said Mulligan.