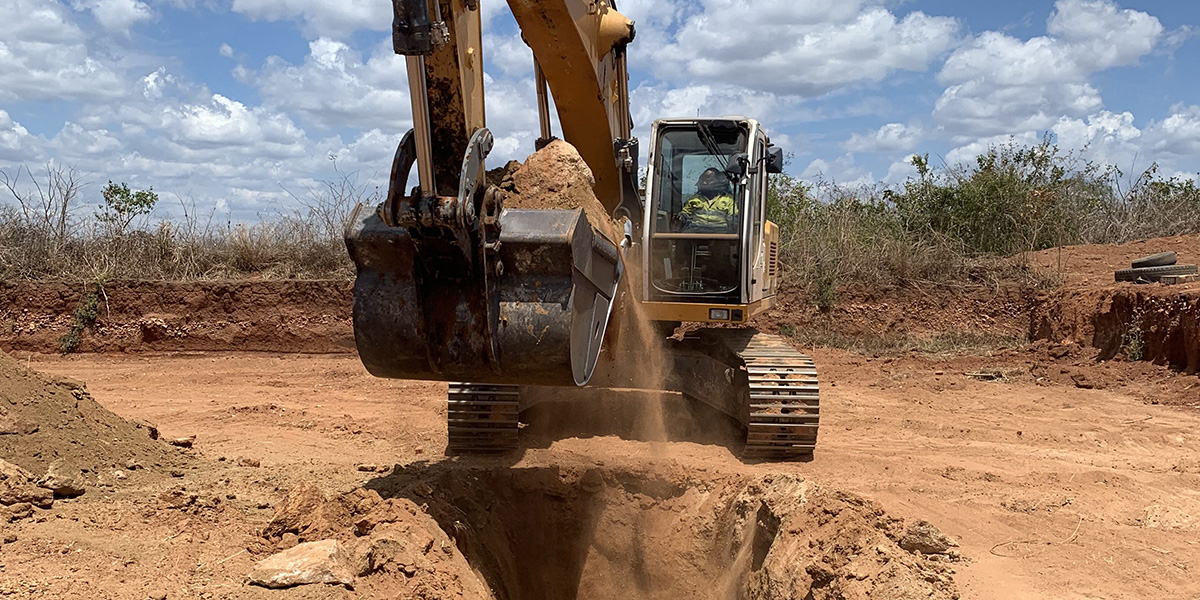 A recent report by the World Bank flags developments in energy storage technology as a catalyst driving demand for high-impact minerals such as graphite, lithium and cobalt. Mineral producers will need to increase production by up to some 500% by 2050 from 2018 levels, the report states.

For African-focused energy minerals developer Walkabout Resources, which is counting down the months to getting its Tanzanian Lindi Jumbo Graphite Project into production, this is great news. The emerging miner has already secured the required finance, awarded contracts and sourced long-lead items, CEO Andrew Cunningham tells SA Mining in an exclusive interview.

The ASX-listed company, which recently secured the requisite $32-million capex for its Lindi Jumbo Project, is looking to be a producer by as early as the first half of next year.

“Following legislative changes to the Tanzanian mining sector in 2017, this is the first new large-scale mining project being developed in the past five years,” says Cunningham.

Local contractor TNR Engineering has been appointed to undertake site preparation, and in a bid to de-risk project timelines, the company has completed much of the early onsite work. Its engineering, procurement and construction partner in China, Jinpeng Mining Machinery, a privately owned processing and plant manufacturing company, has completed construction of a significant portion of the long lead items.

“Aside from procuring and manufacturing about $1-million worth of equipment and progressing work onsite, we have been engaging the local community in a bid to garner buy-in as well as educate the community on what to expect when the project comes online,” says Cunningham.

“Together with the district authorities and the local villagers, Walkabout Resources is assisting in setting up a trust to help locals acquire the 5% stake in the project. This will give community members direct access to dividends which will go a long way in uplifting the local community,” says Cunningham.

The global demand for graphite is being driven primarily by the battery or energy storage and the electric vehicle (EV) market, which is currently pocketing much of the graphite away from the traditional markets.

According to the World Bank’s recent report Minerals for Climate Action: The Mineral Intensity of the Clean Energy Transition, high-impact minerals such as graphite, lithium and cobalt will need to increase their production significantly to meet demand.

“Most of this demand will come specifically from energy storage technologies.

It could also carry supply risks, as more than 60% of graphite and cobalt production are concentrated in China and the Democratic Republic of the Congo respectively.

“Concentrated minerals such as lithium, graphite and cobalt are needed only for one or two technologies, and therefore possess higher demand uncertainty as technological disruption and deployment could significantly impact their demand.

“Graphite and lithium demand are so high that current production would need to ramp up by nearly 500% by 2050 under a two-degree scenario (2DS) just to meet demand,” the report says.

With graphite demand outstripping supply, expectations are that graphite projects will begin to mushroom in the short term. According to Cunningham, although China, the dominant producer of graphite, is able to increase production of graphite as and when required, given its massive graphite deposits, environmental issues have forced a number of China’s long-standing larger flake mines (operating for over 50 years) to close down.

“This has resulted in a large flake graphite market shortfall. Interestingly, this shortfall was only forecast to come into effect in 2024.

With demand for graphite growing faster than predicted three to four years ago, this is good news for the Lindi Jumbo Project.”

With China dominating the small flake graphite market, East Africa is emerging as a prominent producer of natural graphite with high-quality large flake graphite deposits in the mix.

“Lindi Jumbo is an exceptional project in the graphite space, as it has a very high reserve grade of around 18% total graphitic carbon (TGC) and with most of the flake in high-grade concentrate of >95% TGC concentrate above 180 microns – making it one of the highest margin graphite projects

globally. The Lindi Jumbo natural flake graphite concentrate is suitable for a wide variety of the end-use markets.

“The project is thus not solely focused on supplying product to the renewable and battery storage market – in fact, only a quarter of our product will possibly be sold into this market. Our major focus (large flake size above 180 microns) is earmarked for the expandable graphite, graphite foils, flame retardants and speciality product markets with the larger flakes also highly desirable in the graphene industry.”

He says it’s important to note that irrespective of whether one sells graphite to the clean energy (battery market) or the traditional small flake markets, the sales price for the same concentrate grade remains the same.

“Larger flakes demand a premium price and with the majority of our product in this category, and with demand for graphite soaring, it is certainly a favourable time to be entering the market.”

“Aside from the local government being keen to see this project come into production, the investment world is also watching as the Lindi Jumbo graphite project is the first project to receive direct foreign investment to develop a mine in Tanzania in recent times.

“We believe that on the back of the success of the Lindi Jumbo graphite project there is going to be an influx of other project developers looking to unlock further opportunity in the country.”

“Given that we specifically didn’t want to offload our entire production to a single entity or country, we set out our agreements to contain options for minimum and maximum amounts. “This enables us to court other potential buyers, including those in Europe and the United States. We already have a marketing agreement with a global company based in Hong Kong, which has been actively marketing our product.”

Walkabout Resources also has in place a memorandum of understanding with a German graphite trading company.

The restriction of movement associated with the COVID-19 pandemic continues to adversely impact the development of projects in remote locations given that highly skilled personnel are reluctant to work outside their home countries.

“This means getting new projects off the ground is a challenge. Fortunately, given that Tanzania is a well-established mining destination, it is sufficiently equipped with skilled people.”

Another key challenge, says Cunningham, is the recent shortage of shipping containers.

“This has become a massive challenge over the past year, with the cost of containers skyrocketing. In fact, shipping costs rose over 600% in the past

year. We are looking into how to mitigate that, but that is a challenge everyone is facing.”

Read the original article in the SA Mining Magazine