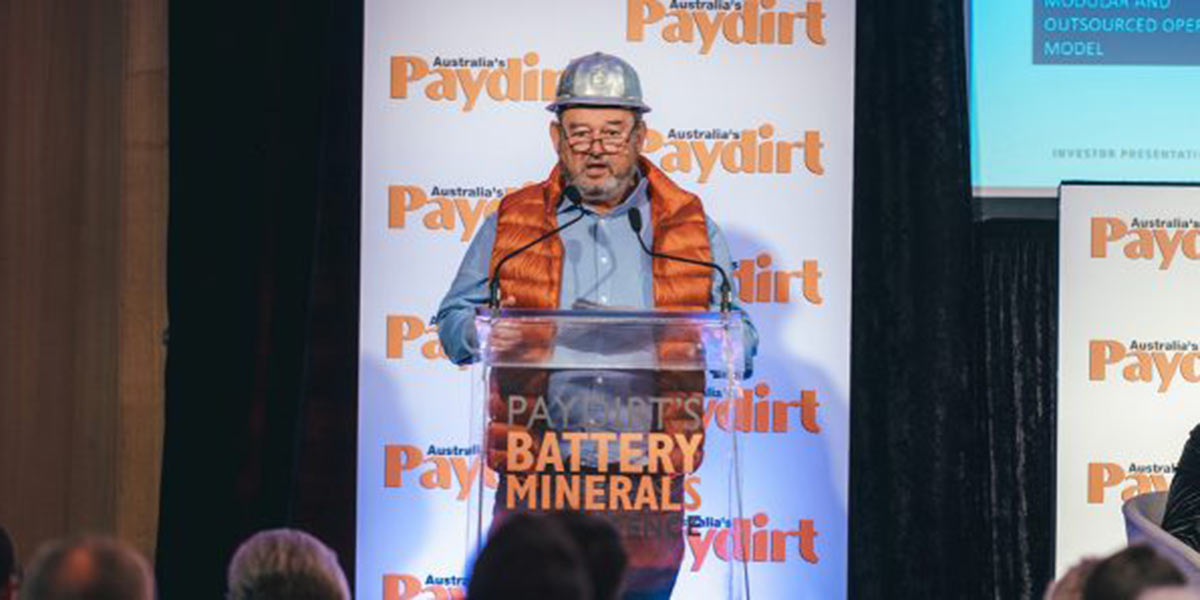 Fully funded and construction underway, Walkabout Resources Ltd’s current position with its Lindi Jumbo graphite project must have felt very far away at several moments in the last five years. Walkabout’s ambitions for Lindi Jumbo over the period were frustrated by dark clouds falling over the graphite market and the Tanzanian investment climate freezing over, but this year has seen the company take advantage of brighter outlooks for both. Graphite prices have climbed steadily in the last 12 months and the approach of new Tanzanian President Samia Suluhu Hassan in welcoming foreign capital has given companies such as Walkabout a more positive case to present investors.

“Those were the strong resistance points; the perceived opacity of the graphite market and the legacy of the 2017 mining act amendments in Tanzania,” longstanding Walkabout director Allan Mulligan said.

The amendments introduced by then- President John Magufuli were created following a tax dispute with the country’s largest gold miner, Acacia Mining. While junior miners such as Walkabout were far from happy with the changes, Mulligan believes the reaction was probably too severe.

“The policy changes were poorly handled in Tanzania, but the situation was also poorly managed in Australia,” he said.

When the policy changes were announced the ASX forced Walkabout and other Tanzanian-focused explorers and developers into trading halts, casting unnecessary uncertainty about the security of their projects.

“That did a lot of publicity damage for Tanzania,” Mulligan said.

The turnaround in 2021 has been dramatic. Since April, Walkabout has closed a $US20 million project debt financing deal with Tanzanian commercial bank CRDB and has finalised a three tranche equity raising which will eventually net it the $US12 million needed to fund project construction. Mulligan – who has resigned as director and assumed the position of chief operating officer – told Paydirt both commodity and country were enjoying new momentum.

“Tanzania is a very different environment under the new President,” he said.

“The Companies Administration office registered 200 new companies in the first half of July, that shows the surge in confidence. “President Samia Suluhu Hassan is bringing new capital works programmes back on without pointing fingers at international firms. In fact, the fingers she is pointing are at her own tax office for discouraging investment.

“Tanzania is very proud of her and the whole region sees her as a bright light.”

The one legacy issue remaining from Magufuli’s presidency is the question of the Government’s entitlement to a 16% free-carried interest in projects. Mulligan said expectations in Tanzania were for the policy to remain as a default position for all mining deals.

“The Government has changed the model from applying it on a case-by case basis to it being a universal standard model across the industry,” he said.

If the investment outlook for Tanzania is sunnier, the same could be said for graphite. Lindi Jumbo is a high-grade, large flake deposit, one of the few sources of such material outside China.

Mulligan believes this will become an important factor as international groups lift their demand to meet the global EV rollout.

“If you produce a quality product, everyone outside of China will be interested in it,” he explained. “The rest of the world wants independence in the battery supply chain so will need to source material outside China. A lot of it will be going into the European market where there are more than 20 battery factories being built.”

“The Alliance is the ideal platform to collaborate with industry specialists in Europe and to support efforts to secure future supply of an alternative new source of graphite through strategic partnerships while make a lasting and meaningful economic contribution to the region of origin,” new Walkabout chief executive Andrew Cunningham said.

Walkabout has tapped into the positivity around both graphite and Tanzania. In May, the company completed the first tranche of a three-pronged equity raising, placing $6.4 million worth of shares to Australian institutional investors. A rights issue to existing shareholders netted a further $US4 million with a second placement of up to $US10 million going to US-based Battery Metals Capital Group LLC. Battery Metals took $US1.7 million immediately with a further $US4.3 million subject to shareholder approval. The third tranche of $US4 million will come no later than 10 months after the second.

Completion of the equity component paves the way for drawdown of the debt facility to begin. Walkabout has already moved proceeds from the Australian placement to its bank accounts in Tanzania, a move in keeping with the company’s corporate approach, according to Mulligan. “That has bought us a lot of credibility with CRDB, they recognise us as a serious company,” he said. “Funds from the rights issue – which was oversubscribed – will be moved to Tanzania in the next month or so.

“Walkabout has embraced the local content aspirations of the Government. We want Lindi Jumbo [the Tanzanian registered company which manages the project] to be a truly African and Tanzanian company, run and supported by Tanzanians with local Australian involvement. The only Australian elements will be the equity investment, a technical services agreement and me as the only expat director on the board. The rest will be all local and we get so much credibility in-country for that approach.”

The Tanzanian flavour has extended into operational contracts with the company awarding the bulk earthworks and civil engineering works programme to TNR Engineering Ltd, a local contractor. “That contract should expand into other areas such as tailings, etc down the track,” Mulligan said.

“The manufacturing has already started and we will execute the second EPC agreement in the next few days,” Mulligan said. One contract certain not to remain in-country is sales. Walkabout already has MoUs with two Chinese groups and an international marketing agreement with Wogin Pacific. The company has been patient in closing its entire offtake book before it is in production.

“As we get momentum in construction we are getting approaches from companies around the world about supply,” Mulligan said. “Most potential customers have said they would talk to us when we were closer to production. In doing that, they understand they will have to pay us on more favourable conditions.” The situation is similar in capital markets. “There are a lot of serious investment funds waiting to see success,” Mulligan said. “They are waiting to see that and are prepared to pay more when they do.”